Estimating causes of death where there is no medical certification: evolution and state of the art of verbal autopsy

Over the past 70 years, significant advances have been made in determining the causes of death in populations not served by official medical certification of cause at the time of death using a technique known as Verbal Autopsy (VA). VA involves an interview of the family or caregivers of the deceased after a suitable bereavement interval about the circumstances, signs and symptoms of the deceased in the period leading to death. The VA interview data are then interpreted by physicians or, more recently, computer algorithms, to assign a probable cause of death. VA was originally developed and applied in field research settings. This paper traces the evolution of VA methods with special emphasis on the World Health Organization’s (WHO)’s efforts to standardize VA instruments and methods for expanded use in routine health information and vital statistics systems in low- and middle-income countries (LMICs). These advances in VA methods are culminating this year with the release of the 2022 WHO Standard Verbal Autopsy (VA) Toolkit. This paper highlights the many contributions the late Professor Peter Byass made to the current VA standards and methods, most notably, the development of InterVA, the most commonly used automated computer algorithm for interpreting data collected in the WHO standard instruments, and the capacity building in low- and middle-income countries (LMICs) that he promoted. This paper also provides an overview of the methods used to improve the current WHO VA standards, a catalogue of the changes and improvements in the instruments, and a mapping of current applications of the WHO VA standard approach in LMICs. It also provides access to tools and guidance needed for VA implementation in Civil Registration and Vital Statistics Systems at scale. 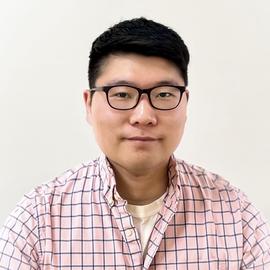